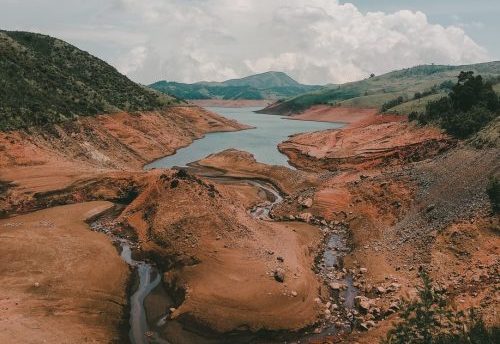 On June 29, 2021, Lytton set the Canadian record for the all-time highest temperature ever recorded. The small community in British Columbia experienced a daytime high of 49.6°C, or 121.3°F.

That record beat the temperatures from the previous all-time high set the day before by several degrees.

The town of 250 people was forced to evacuate because wildfires engulfed the community soon after the massive heat descended. Winds of more than 70 kph were fueling the flames, destroying everything in their path.

This event is only one of several scientists fear could happen as the West enters a potential mega-drought.

Western North America has dealt with drought for about two decades. It has drained rivers, destroyed crops, and fueled massive wildfires.

Scientists fear that this trend could be the start of something that has never happened in recorded history before. Part of the reason for its resilience is artificial climate change, responsible for up to 50% of its destructive impact.

No one knows why the Anasazi people left Chaco Canyon in the 12th century or Mesa Verde a century later. The 16th century megadrought in Mexico could have amplified the cocoliztli epidemics that killed up to half of the indigenous population.

In 2016, researchers found computer models suggesting a 90% risk of a 35-year drought happening by 2100 if climate change remained unabated. The data from 2000 to 2018 already shows that it was the region’s second-driest period of the past 1,200 years.

Although other notable events have occurred in the West, including a drought that lasted for nearly a century in the 1400s, current affairs show that times are changing. If we’re unable to adapt, the future could look bleak a few decades from now—not only for humans, but for fish and wildlife as well.